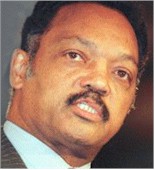 Reverend Jesse Jackson, Rev Al Sharpton and other ministers have initiated a nationwide protest against British Petroleum (BP). In addition to objecting to the high prices charged for gasoline, Jackson et al., also cite discriminatory practices by the company: BP has 800 distributorships in the U.S., but not a single African American distributor. Fewer than 20 of its 13,000 retail stations in the United States are owned by blacks. Two members of the company's board of directors are black.