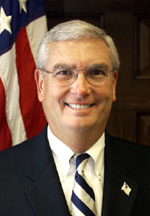 The Washington Post published a comprehensive article, written by reporter Daryl Fears, on the Marsha Coleman-Adebayo situation at the U.S. Environmental Protection Agency. Like any marriage that starts out mutually beneficial and happy, we at AAEA are so disappointed that this relationship is evidently heading for a divorce. We remember when Dr. Adebayo, left, worked with EPA on the Gore/Mbeki Commission for environmental cooperation between the USA and South Africa. AAEA even took Marsha, other EPA officials and the South African delegation on boat tours of the Anacostia and Potomac Rivers when they met in the U.S. Unfortunately, due to the circumstances described in the article the relationship deteriorated and now actor/activist Danny Glover is turning these events into a movie.

We are concerned that the victory for EPA and Dr. Abebayo that resulted from the passage of the NO FEAR Act signed by President Bush on May 15, 2002 will be undermined by the current battle between Dr. Adebayo and the agency. The debacle started in the Clinton/Browner administration, which was sued, convicted of discrimination and fined $600,000. Senator John Warner (R-VA) and Congressman James Sensenbrenner (R-WI) sponsored the NO FEAR Act. The movie will come out during the summer of 2008. We just want a happy ending. We hope that the current EPA Administrator, Stephen Johnson, right, will resolve this situation.
Posted by Norris McDonald at 11:40 AM