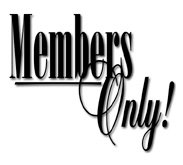 We have noticed a trend where only certain environmental groups and individuals are quoted or referred to in traditional print and electronic media. The terms used to limit participation and exclude other points of view are "leading" or "prominent." Why don't they just say "superior?" Moreover, media affiliates and reporters that perceive themselves as superior only refer to preselected groups that they view as superior to provide media-acceptable superior comments. Usually money, group name recognition, history and number of members are used as excuses to exclude the points of view of other smaller groups. Unfortunately, a small but powerful group like ours with many innovative successes is usually excluded from coverage by the superiority-obsessed media elites.

The effect of this exclusivity is to limit information dissemation to the general public. It also maintains a certain perspective that the elites want the public to accept. For instance, environmental groups are supposed to oppose everything. So supporting appropriate, environmentally benign or beneficial projects rarely gets coverage. Another example is AAEA's early support of nuclear power. We are rarely mentioned even though we were the first green group to support nuclear power in 2001 and remain the only U.S. environmental group that publicly supports the technology in 2006. The same thing happened with our early support of the Cape Wind and some other projects. Now that we have broken our No Whining Rule, we will leave it at that.
Posted by Norris McDonald at 11:14 AM