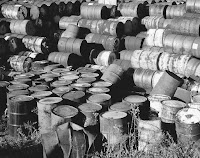 The Comprehensive Environmental Response Compensation and Liability Act (CERLA) established the Superfund program, which was enacted by Congress on December 11, 1980. Superfund was funded by a tax on polluting industries until taxing authority ran out in 1995 and was not renewed. It was a 'polluter pays' program. The Superfund tax once collected hundreds of millions of dollars a year from chemical and oil companies. The Superfund program has been chronically underfinanced since the tax that supported it expired. Now taxpayers are picking up the tab via funding from the stimulus package, but President Obama intends to reestablish the polluter tax in his 2011 Budget request. E.P.A. spends millions of dollars a year investigating Superfund polluters and forcing them to pay for their misdeeds. 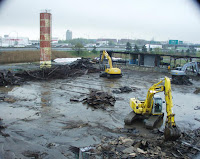 The use of stimulus money would accelerate progress at 50 Superfund sites in 28 states. Until 1995, cleanups at orphan sites were paid in part from a trust fund based on taxes from polluting industries. President Obama expect reinstitution of the superfund tax will provide $1 in revenues in 2011, but until then, financing for work at the nation’s nearly 1,600 Superfund sites will come from taxpayers in the form of E.P.A. appropriations or stimulus money. The $600 million in stimulus money virtually doubles the amount available for Superfund work in the current fiscal year. (NY Times, 4/24/09)
Posted by Norris McDonald at 11:57 PM