The nuclear energy industry has taken the same trajectory as the environmental movement in terms of post-1970s effectiveness. The environmental movement peaked in 1985 in the middle of President Ronald Reagan's two terms. They went from rabbit hole paper filled offices around Capitol Hill to K Street offices that looked just like the corporations they accused of polluting the environment. Today you can't tell the difference between The Nature Conservancy offices and those of ExxonMobile. Now there is not anything necessarily wrong with going upscale. In fact, we just located on K Street ourselves. But the environmental groups lost their way after about 1989 and the 1990 Earth Day revival did not rejuvenate the movement. In fact, two newbie enviros declared the movement dead after the 1990s. I would say that it was arrogance that led to the demise of the environmental movement. Their elitist operations and policy positions ran out of steam after the major environmental laws were passed. They were left to count their money and be salvaged by the global warming issue. 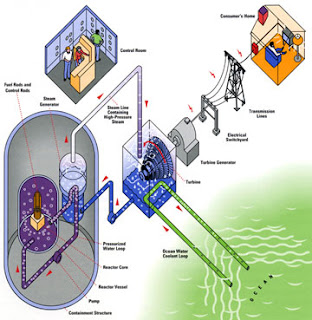 The commercial nuclear energy industry was at their height in 2005 two decades after the height of the environmental movement. The nuclear power industry had almost everything it wanted in terms of streamlined regulations and government subsidies. It has even more now but the great renaissance that was being proclaimed is now in great doubt, even with every possible constraint to new building being removed. But Wall Street went south and the price tag for a new nuclear plant has the industry scratching its head about who will get a license and announce a new build first. It is ironic that the same global warming issue that salvaged the environmental movement is the same issue that 'keeps hope alive' for the nuclear power industry. Yet arrogance seeped into the nuclear power industry over the past four years or so, just as it did in the environmental movement in the mid 1980s. Our personal gripe is, just as it was and is with the elitist environmental movement, how they treat 'the least of these.' It is an indicator of how they will be treated by society at large.
Posted by Norris McDonald at 9:18 PM