Pre-Earthquake: Electricity Production and Use In Haiti 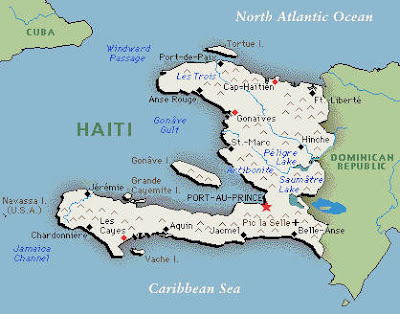 Earthquake Recovery Must Include Electricity Delivery

In Haiti, 12.5% of the 9 million population have access to electricity, which is delivered at 110 volts alternating current at 60 cycles per second. This matches the USA standard. In 2006, total installed capacity was 270 MW, of which about 70% was diesel oil-fired thermal and 30% hydroelectric. That is enough electricity for about 270,000 homes.

Demand: In 2003, total electricity consumption in Haiti was 510 GWh, Average per capita consumption in 2004 was 75 kWh. The share for each sector is as follows:

About a third of the electricity is stolen by unauthorized users.

Demand vs supply: The Haitian electricity sector has a national installed capacity that is largely insufficient to meet a demand of 157 MW in Port au Prince and of 550 MW at the national level.

Electricité d’Haïti (EdH) holds the monopoly for electricity generation, transmission and distribution in Haiti. EdH is unable to meet the electricity demand so other private sector companies sell their electricity to EdH at an agreed price.

APR Energy LLC, a Jacksonville–based power company, a 1-megawatt power plant it operates in Port-au-Prince, Haiti, that stopped operating during the January 12th earthquake. APR operates about 12 other plants around the country. APR has about 40 employees in Haiti. The company’s plants in Haiti are widely scattered with many serve in remote areas. Sensor systems on those plants showed that all but the Port-au-Prince site were working normally, suggesting the others had little or no damage.

About 80% of Haiti's energy needs are met by using domestic biomass fuel (wood and charcoal), which is used in the household sector mainly for cooking.