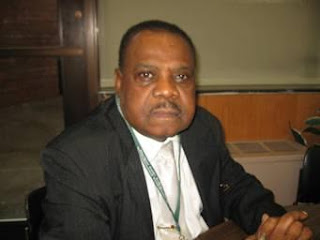 Dr. John A. Gibbs joined the faculty at Medgar Evers College, City University of New York in 1988 where he has taught basic, general, health science and organic chemistry. In 1994 he spearheaded the development of a new BS degree program in Environmental Science. This degree program, the first environmental science degree program in the CUNY system was approved by the CUNY Board of Trustees and implemented in 1996.

In conjunction with the implementation of the Environmental Science Degree Program, Dr. Gibbs co-founded the Annual Conference in March 2008. This conference has developed into an annual meeting place where scholars can discuss and make presentations on their research. Dr. Gibbs has guided graduates of the Medgar Evers College Environmental Science program to graduate programs in environmental chemistry, atmospheric science, soil science, occupational science and environmental education.
Posted by Norris McDonald at 9:13 PM