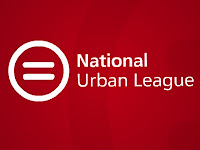 The National Urban League's has issued its annual State of Black America 2010 report, which shows chronic unemployment in minority communities that is almost twice that of whites and fuels wider equality gaps in areas of education, housing and social justice. The Urban League suggests that if there is not a jobs surge in the nation to address the unemployment crisis in urban America, minorities will fall even further behind or totally get left out of recession recovery efforts. And if recovery misses the communities that are hurting the worst, there can be no real economic recovery for the nation.

The National Urban League issued the report at a press conference and luncheon at The Newseum in Washington, D.C. The League is proposing solutions to the crisis:

4) Additional counseling for those in the foreclosure crisis, and