Report from the Energy and Climate Change Summit 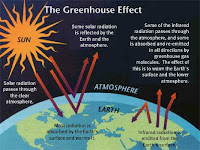 The American Association of Blacks in Energy (AABE) coordinated an Energy and Climate Change Summit on January 28, 2010 that attracted an impressive list of stakeholders and was attended by approximately 100 of the nation’s leading organizations representing civil rights and non-governmental organizations (NGO’s). The summit was held at The Heritage Center, United States Navy Memorial in Washington, DC on January 28, 2010. Summit organizers and sponsors included AABE, Joint Center for Political and Economic Studies, the Edison Electric Institute, and Eco-Capitol Policy Group, LLC.

The "Report from the AABE Energy and Climate Change Summit: Implications and Economic Opportunities," published through Joint Center for Political and Economic Studies, represents the comments and discussions of the participants at the summit.

As a result of the summit, the Energy and Climate Coalition (ECC) was formed to address the issues in its name. AAEA was a stakeholder panel participant at the summit and is a founding member of the ECC.