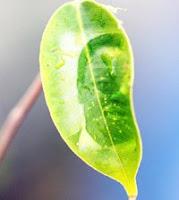 January included my participation in the Black Enterprise Energy Forum.  EPA Administrator Lisa Jackson could not attend because she was attending the funeral of Vice President Joe Biden's mother.  Deputy Associate EPA Administrator Stephanie Owens substituted for her.

In February, I presented testimony at the EPA Ozone hearing. I also met with the White House Office of Management and Budget on the fly ash issue.

In April, I presented testimony at the EPA hearing on on natural gas hydraulic fracturing.  I also traveled to South Africa from April 4-April13. I attended a White House Great Outdoors Conference at the U.S. Department of the Interior.  President Obama spoke at the conference.  I participated in an environmental justice listening session sponsored by EPA and the New York State Department of Environmental Conservation.

In May, I was a panelist at the American Association of Blacks in Energy (AABE) annual conference in Columbus, Ohio.  I met Exelon CEO John Rowe and discussed the future of nuclear energy with him.  I presented a statement at the Nuclear Regulatory Commission (NRC) public meeting in Buchanan, New York on the Draft Environmental Impact Statement for the license renewal for the Indian Point Nuclear Power Plant.  I present a statement at President Obama's Blue Ribbon Commission on Nuclear Power. I presented a presentation entitled, "Converting CO2 into Fuel" at the Environmental Justice in America 2010 Conference.

In June, I met with Florizelle Liser, Assistant U.S. Trade Representative, Executive Office of the President.

In July, I gave a statement at the New York Department of Environmental Conservation Cooling Tower Hearing in Buchanan, New York.

In August, I presented a statement at the EPA fly ash hearing. I presented testimony before the National Commission on the Deepwater Horizon Oil Spill and Offshore Drilling.

In September, I visited Port Gibson, Mississippi on the 1st scoping visit for the biomass-to-energy project.  I presented at statement at the EPA greenhouse gas hearing.

In October, I visited Port Gibson, Mississippi on the 2nd scoping visit for the biomass-to-energy project.

In November, I visited Santa Catalina Island no the 1st scoping visit for a biomass-to-energy project.  I participate as a panelist at the National Black Chamber of Commerce Fall Summit.  We celebrated the Center's 25th anniversary on November 20th.

In December, I visited Port Gibson, Mississippi on the 3rd scoping visit for the biomass-to-energy project.  I participated in a Green DMV home weatherization project in Alexandria, Virginia.
Posted by Norris McDonald at 10:11 PM