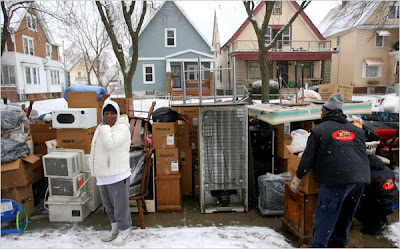 During segregation, Blacks were forced to start and support the businesses in their own communities. Many of these businesses flourished and even helped made some Black communities, such as the Greenwood community in Tulsa, Okla., (often called Black Wall Street), wealthier than their white neighbors.

3) The Unemployment Rate of Black Men Quadrupled After Integration

4) Myth of a Colorblind Society Propagated After Integration

Colorblind policies that treat everyone the same, no exceptions for the historically oppressed and disenfranchised, are often used to argue against corrective policies such as affirmative action. But “colorblindness” today merely bolsters the unfair advantages that color-coded practices enabled white Americans to accumulate over a very long time.

African-Americans have appealed to the descendants of our oppressors to right their ancestors’ wrongs, pay us sufficient wages to take care of our families, educate our children and police our neighborhoods.
As a result, only 2 percent of all working Black Americans work for another Black person within their own neighborhood. Because of this, professionally trained Black people provide very little economic benefit to the Black community.