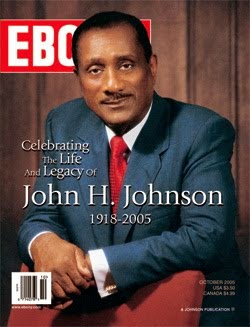 In the report, EBONY identifies statistics related to race in the areas of economic disparity, education, entrepreneurship, health and well being, and protection under the law.

The findings from the study revealed the following:


1.    62.3% of African-American homes were affected by predatory lending practices, versus 38.2% of White homes
2.    The household income for African-Americans in 2013 was $34,598 versus the household income for whites at $58,270
3.    Of the $98.2 billion awarded in federal small business contracts in 2012, Black-owned firms received only 7.2 percent
4.    From 2010-2012, Black males between the ages of 15 and 19 years old were 21 times as likely as their White peers to be killed by police
5.    Under New York City’s Stop and Frisk practice, 14,549 (53 percent) Blacks were detained versus only 3,363 (12 percent) Whites.
However, EBONY not only reports the statistics, but also offers solutions from experts such as Dr. Steve Perry, Dr. Henry Louis Gates Jr., Wes Moore and Attorney Paula Penn-Nabrit.
To supplement the feature, EBONY.com is featuring five videos on race relations interviews with thought-leaders including Dr. Ben Carson, Dr. Marc Lamont Hill, Melissa Harris Perry, Rev. Al Sharpton, Julian Bond, Dr. Cornell West, Marian Wright Edelman, Don Lemon, Julian Bond, and many others.
Readers can read the remaining results in the December issue of EBONY magazine, on newsstands now.
About EBONY:
EBONY is the No. 1 national consumer lifestyle magazine targeting the African-American community. As the longest-running Black publication, EBONY has the largest reach in the African-American print space, reaching nearly 20 million readers annually. EBONY features the best thinkers, trendsetters, celebrities and next-generation leaders of African-Americans. EBONY ignites conversation, promotes empowerment and celebrates aspiration. Available nationwide on newsstands and on all digital platforms, EBONY is the heart, soul and pulse of African-Americans.
Posted by Norris McDonald at 7:59 PM