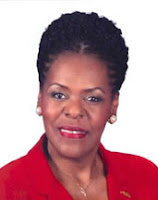 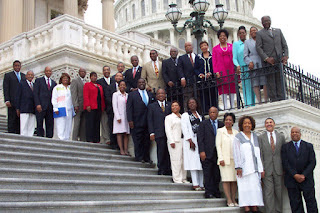 Is the Congressional Black Caucus (CBC) being strong armed on fuel economy standards? Published reports have said the United Auto Workers Union is looking for help from the CBC to kill fuel economy proposals in the House of Representatives. GM, Ford, Chrysler, Toyoto and the UAW testified before the House Energy and Commerce Subcommittee on Energy & Air Quality this week and expressed their opposition to fuel economy standards.
Interestingly, Representative Carolyn Cheeks Kilpatrick, upper right, is now Chairwoman of the CBC. She happens to represent Detroit. Her son is the mayor. Big John Dingell is Chairman of the House Energy and Commerce Committee and he is a Michigan congressman with a long history of protecting the auto industry from fuel economy standards. It is one reason House Speaker Nancy Pelosi gave Ed Markey (D-MA) a select energy committee (with no power except PR). So how will the CBC vote on fuel economy? The CBC is the highest voting caucus in Congress on environmental issues (decade after decade).
Posted by Norris McDonald at 5:36 PM