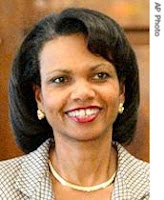 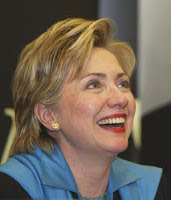 We fantasized about an Obama/Powell ticket, now let's see about a Hillary Clinton and Condoleeza Rice ticket. What a primry choice this would be. We think the tickets would be comparable. But what about the environmental policies of the ladies?
Hillary is a good political moderate in the mold of her husband. However, Bill did virtually nothing to promote improved environmental policies. He kept Gore in check too. Hillary has introduced environmental justice legislation and serves on the Senate Environment and Public Works Committee. She would probably be very good on environmental issues based on her handling of the global warming issue. She is reasonable. Condi knows every head of state in the world and would be good in negotiating a 'real' global warming agreement among nations.
Posted by Norris McDonald at 7:39 AM