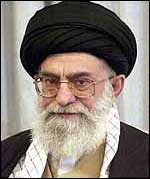 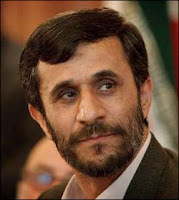 Iran poses a threat to Israel and climate change mitigation by using its commercial nuclear power program as a cover for its nuclear weapons ambition. Iran's marriage of nuclear power and nuclear weapons could cloud renewed interest in building new nuclear power plants around the world. The nuclear industry is just starting to shed the negative association that nuclear weapons have on the development of commercial nuclear power.
Russia is building a nuclear power plant at Bushehr, in southern Iran and Moscow has proposed to enrich uranium in Russia for use in Iranian reactors, assuring that Iran would not produce the highly enriched uranium needed for nuclear weapons. Tehran has rejected this proposal stating that it would infringe on its sovereignty. The U.S. is developing a program called the Global Nuclear Energy Partnership (GNEP) that is similar to Russia's proposal. AAEA supports the GNEP program and believes it is a fast track platform for safely expanding nuclear power plant use around the world.
Mahmoud Ahmadinejad, upper left, has publicly stated that Israel “will disappear soon,” and President Bush has publicly stated that such a notion could lead to World War III. Russian President Vladimir Putin has been negotiating with Iran's supreme leader Ayatollah Ali Khamenei, upper right, in an effort to convince Tehran to adopt his proposal. If Iran is dedicated to acquiring nuclear weapons it will lead to a military response from the West. Iran should seek peace in the Middle East, abandon its goal of eliminating Israel and join in a GNEP program to utilize the great energy and clean air benefits of nuclear power. AAEA is also uncompromisingly supportive of the State of Israel and we are working hard to mitigate climate change and global warming.
Posted by Norris McDonald at 10:26 AM