On March 25, 2008, EPA held the acid rain auction giving private citizens, brokers and power plants the opportunity to buy and sell sulfur dioxide (SO2) allowances, as part of the cap and trade program to reduce acid rain. AAEA is registered (NOx)(May 5, 2003) in the Acid Rain allowance trading program, but did not purchase or sell any allowances during this auction. The weighted average of winning bids for 2008 is $389.91. When fully implemented in 2010, the Acid Rain Program will have cut SO2 emissions by 50 percent from 1990 levels. The national emissions cap and SO2 allowance trading work to create one of the most successful environmental programs to date. AAEA is supplementing its registration in the Acid Rain Program by including carbon dioxide in our Carbon Mercantile Exchange (CMX) and Green Carbon Bank (GCB), which are promoted through our Carbon Dioxide Reduction (CDR) Program. 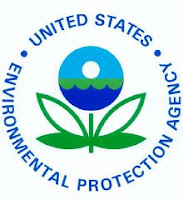 Each allowance is equivalent to one ton of acid rain-causing SO2, emitted from powerplants. The Acid Rain Program uses a market-driven cap-and-trade systemto cut SO2 emissions from power plants. Since 1990, SO2 emissions have declined more than five million tons, and acid deposition in the eastern United States has declined by at least 30percent improving the condition of lakes and streams. The Acid Rain Program has realized human and environmental benefits earlier, and at less cost, than would have occurred with conventional approaches.

Current estimates indicate that program compliance costs are about 75 percent below those initially predicted by EPA. The auction includes two types of allowances: 125,000 offered for use in 2008 and 125,000 additional allowances offered seven years in advance to help provide stability in planning for capital investments. These advance allowances will be available for use in 2015. The number of allowances a source purchases will not permit them to emit SO2 at a level that would violate the health-based national ambient air quality standard.
Posted by Norris McDonald at 12:41 PM