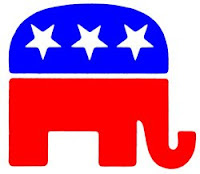 The Democratic National Committee will hold its convention in Denver, Colorado from August 25 through August 28 and the Republican National Committee will hold its convention in Minneapolis, Minnesota from September 1 through September 4.
The conventions will be green to the extent they can and both will be powered by Xcel Energy Inc, the nation's top wind-power provider.
The Democratic National Convention and the Republican National Convention are also promoting bike use as a way to cut down on traffic and gas use. Symbolic gestures are encouraged.
Posted by Norris McDonald at 8:28 PM