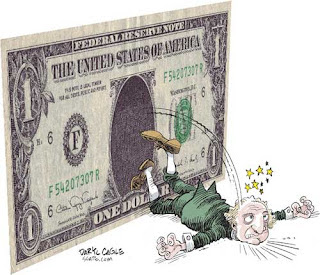 The U.S. EPA has recalculated the dollar value of a human life from $7.8 million to $6.9 million. The figure is not based on earning capacity or potential contributions to society, or how much they are loved by family and friends. It is based on economist calculations of the value based on what people are willing to pay to avoid certain risks and on how much extra employers pay their workers to take on additional risks. Most of the data is drawn from payroll statistics and opinion surveys. EPA says the number should not be thought of as a price tag on a human life.
When drawing up regulations, government agencies put a value on human life and then weigh the costs versus the lifesaving benefits of a proposed rule. The less a life is worth to the government, the less the need for a regulation, such as tighter restrictions on pollution. For example, a hypothetical regulation that costs $18 billion to enforce but will prevent 2,500 deaths equals $7.2 million per person. At $7.8 million per person (the old figure), the life saving benefits outweigh the costs, but at $6.9 million per person, the rule costs more than the lives it saves, so it may not be adopted. (Associated Press)
Posted by Norris McDonald at 12:27 PM