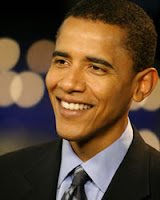 Presidential candidate Barack Obama supports the overturning of DC's ban on owning handguns for self defense in the home. AAEA agrees with overturning the ban. Considering the high number of gun murders in DC and other large cities, citizens should have the right to protect themeselves in their homes. This decision addresses the most immediately important environmental issue facing the Black community today: gun violence. Gang members, drug dealers and other thugs might continue with their violent ways, but they will think twice about invading someone's home.

Obama on the Second Amendment:

"I have always believed that the Second Amendment protects the right of individuals to bear arms, but I also identify with the need for crime-ravaged communities to save their children from the violence that plagues our streets through common-sense, effective safety measures."

"as president, I will uphold the constitutional rights of law abiding gun owners, hunters and sportsmen. I know that what works in Chicago may not work in Cheyenne."

The Supreme Court in a 5 to 4 decision struck down the District of Columbia's ban on handgun possession on June 26 deciding for the first time in U.S. history that the Second Amendment guarantees an individual's right to own a gun for self-defense. Justice Antonin Scalia wrote the majority opinion and was joined by Chief Justice John G. Robers, Jr., Anthony M. Kennedy, Clarence Thomas and Samuel A. Alito, Jr.:

"We hold that the District's ban on handgun possession in the home violates the Second Amendment, as does its prohibition against rendering any lawful firearm in the home operable for the purpose of immediate self-defense. The Second Amendment surely elevates above all other interests the right of law-abiding, responsible citizens to use arms in defense of hearth and home."