Texas Is Leading the Way with Wind Power 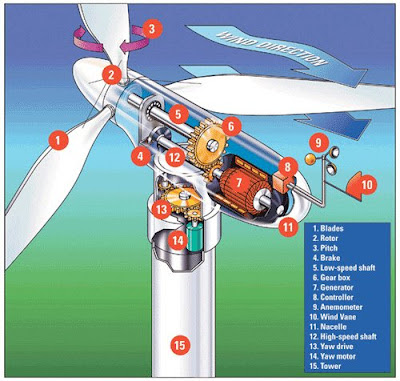 Not only is T. Boone Pickens planning to build $10 billion worth of wind generation in Texas, their Public Utility Commission has approved about $5 billion to add transmission lines so that its current 5,000 megawatts of wind power generation can be boosted to 18,000 megawatts. It is the largest investment in clean and renewable power for any state in the nation.
This is a major development because, although wind is obviously available, opponents tend to oppose them in populated areas. Thus, the trend is toward building in really rural areas that are not close to transmission lines, which have their own NIMBY opposition. The $4.9 billion plan was supported by Austin Energy, which hopes to draw 30 percent of its power from renewable sources by 2020. The overall plan would not be in place for several years, but it could result in a $4 per month increase on Texas consumers' monthly bills over a period of about 30 years. (The Wall Street Journal, Statesman.com)
Interestingly, Texas has requested a waiver from the Renewable Fuels Standard (RFS) that is being considered by EPA right now. EPA received the request in April and is taking additional time to adequately respond to the 15,000 public comments and to develop a decision document that explains the technical, economic and legal rationale of our decision. EPA is also required to consult with the Departmentsof Agriculture and Energy in considering whether to grant or deny thewaiver request and has begun these consultations.
Posted by Norris McDonald at 11:55 AM