We have long believed that Fannie Mae and Freddie Mac are too large. This should 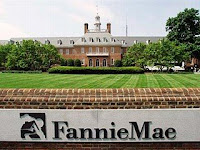 have been the conclusion of Congress too after Fannie and Freddie passed the one trillion dollar mark in mortgage debt. There should be ten regional Fannies and ten regional Freddies all competing with each other. Unfortunately, the federal government will have to pick up the Fannie and Fredie debt (on budget) and collateralize each because there is no investment money available from Wall Street. We estimate that $10 billion in loans each [$200 billion total] would provide sufficient cash flow to continue purchasing loans. The industry will probably end up merging into three or four units on each side, which will still provide the appropriate level of competition.

Other mortgage banks might howl foul but if we want to keep housing starts up, and the accompanying carpentry, electrician and plumbing jobs, then we probably have no choice. Already much new housing construction is being cancelled and this will clearly ripple throughout the economy if nothing is done very soon. Moreover, middle class and low-income families will suffer most from not only foreclosure, but also a tight employment market. Not only can they lose their homes, they can also lose their jobs.

The African American community is particularly at risk and the Congressional Black Caucus had better be paying attention. Plus, the collapse of the subprime mortgage market has probably completely eliminated the dream of so-called home ownership for many in low-income and middle class Black communities. House Majority Leader Steny Hoyer and 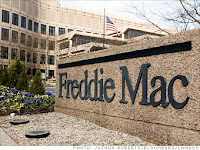 newly elected Congresswoman Donna Edwards, who voted for the bailout, represent Washington, D.C. suburbs with very high mortgage foreclosure rates. Edwards represents the richest majority Black county in the country that has a very high mortgage default rate. Although most of these are not necessarily low-income subprime mortgagees, they probably did bite off of a bit more than they can chew. Speaker Pelosi's proposal to bring members back after the elections to pass a stimulus package that would put some money in voters' pockets is probably a good idea in the short term. But without a structural fix in the secondary mortgage markets, we are setting ourselves up for another fall. Break up Fannie and Freddie early in the 111th Congress.
Posted by Norris McDonald at 1:43 PM