So Enron Really Was Not That Much Different 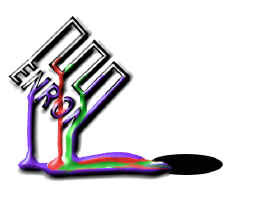 Enron filed for bankruptcy on December 2, 2001. Everybody cried foul and scorned the company for cooking its books right out of business and taking its loyal employees' retirement accounts with them. The outrage even led to the passage of the Sabanes-Oxley Act, which was supposed to guard against another Enron meltdown. Well now what is the difference between what is going on now and what was going on with Enron seven years ago? Nothing. Except there are many more Enrons going under.
Now Wall Street firms are in unemployment lines, using food stamps and waiting for a monthly welfare check. Many of these same people looked down on regular welfare recipients for not being able to meet their bottom lines. Now these same people could be accused of being the welfare queens they so despised. Yet the people on welfare only get crumbs from the table while the Wall Street welfare kings are getting hundreds of billions of dollars. Surely the folk living on welfare in public housing must be wondering: why didn't they just do that for us? Everybody could get off of welfare with a $1 trillion check. So if and when you big time Wall Streeters get back on your feet due to the welfare checks you are receiving, don't look down on those people in public housing on public assistance because you are no better than them. You just have better connections.
Posted by Norris McDonald at 2:08 PM