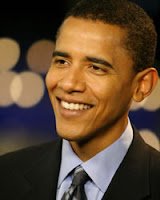 The 42 members of the Congressional Black Caucus (CBC) and President-Elect Barack Obama are reasonably compatible on environmental issues. Congresswoman Barbara Lee (D-CA), who represents California's 9th congressional district in San Francisco's Bay Area, has been elected Chairwoman of the CBC. These two leaders will have very interesting environmental issues to address and global warming will be at the top of the list. House Speaker Nancy Pelosi and CBC Chairwoman Lee are not only geographically close but very close on environmental issues as well. It will be interesting to see how CBC members supporting nuclear power, such as House Majority Whip James Clyburn and Texas Congresswoman Eddie Bernice Johnson, will interact with CBC Chairwoman Lee, who opposes nuclear power.

Although we do not necessarily agree with some of the environmental issues selected by the League of Conservation Voters (LCV) in their voting charts, the CBC consistently scores in the upper eighties or lower nineties and are usually the highest voting caucus in Congress decade after decade. LCV also endorsed President-Elect Obama during the campaign. The CBC opposed President Bush on the Energy Policy Act of 2005 (Obama voted for it). The CBC also opposed the Bush administration's Clear Skies Initiative. Obama voted against the Clear Skies Initiative legislation while a member of the Senate Environment and Public Works Committee. The tied vote along party lines with a couple of Republicans joining the Democrats killed the measure. Senator Obama and the CBC opposed Bush administration proposals for drilling in the Arctic National Wildlife Reserve and the Healthy Forest Initiative.
The CBC is not monolithic in its views on environmental policy. There will clearly be disagreements between President Obama and the CBC just as there are differences within the CBC. One thing is clear though, the CBC and President Obama will do the best they can to assure that America will have as clean an environment as possible. Another item is certain too: we need African American ownership of energy infrastructure and products, including coal, oil refineries, natural gas, power plants, oil, solar and wind power farms.