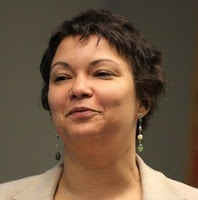 If confirmed by the U.S. Senate [AAEA will support the nomination], how will Lisa Jackson address environmental justice? For the uninitiated, it is the equal treatment of all people in regards to environmental issues. She will have a steep mountain to climb because the U.S. Environmental Protection Agency (EPA) neither has the tools nor the authority to enforce environmental justice. So Ms. Jackson will be woefully restricted in mitigating environmental injustice. For specifics, see the EJ Act of 2009 link below.

AAEA has been working for several years to give Administrator [er] Ms. Jackson the tools she needs to make sure that all communities are treated equally when it comes to environmental protection. Of course, our challenge is to get legislation passed through Congress that will have some teeth. Each Congress, Congresswoman Hilda Solis (D-CA) and others introduce bills to basically codify President Clinton's Executive Order 12898. Yet it has no teeth. Other congressmen/women have been reluctant to exert their prerogotive over that of Congresswoman Solis who, by the way, is a longstanding champion of environmental justice.

We intend to get the Environmental Justice Act of 2009 introduced and passed in the 111th Congress. The legislation has a carrot and a stick. It provides for the endorsement of nonpolluting projects while providing the specific litigation stick that is sometimes needed to protect vulnerable communities. AAEA has also adopted a 21st Century version of the Principles of Environmental Justice that provides a philosophical backing for the national legislation.
Posted by Norris McDonald at 8:48 PM