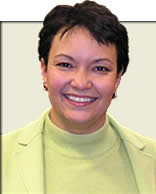 Obama has selected Steven Chu, right, to be his Secretary of the Department of Energy. Chu currently heads the Lawrence Berkeley National Laboratory. He is a 1997 Nobel Prize-winning physicist for his work in the "development of methods to cool and trap atoms with laser light."

Obama has selected Nancy Sutley, left, to be the Chairman of the President's Council on Environmental Quality (CEQ). Nancy Sutley is a deputy mayor of Los Angeles for energy and environment. 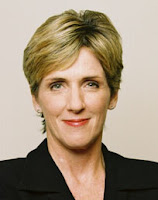 Obama has selected Carol Browner, right, to be White House Energy Czar. Browner was administrator of EPA for eight years under President Clinton. Similar to the Council on Environmental Quality, the Energy Czar will overseeing energy, environmental and climate policies.
Posted by Norris McDonald at 8:49 PM