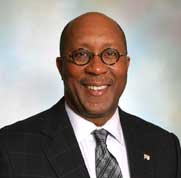 What is taking so long for the Senate Finance Committee to schedule a hearing on Ron Kirk's nomination and confirmation as U.S. Trade Representative? Maybe someone should tell the committee members that there is a financial crisis going on and the trade representative position is crucial to improving the American economy. This is simply upsetting to us during this time of crisis. The Senate should give President Obama his team so they can get to work on the people's business.
President Barack Obama designated former Dallas, Texas Mayor Ron Kirk to be America’s next lead trade negotiator. As U.S. trade representative, he also would uphold U.S. laws barring unfair trade practices by overseas governments and companies. Doesn't the Senate Finance Committee understand the importance of continuity regarding international trade issues facing us today? Mr. Kirk will be involved in the climate change treaty negotiotians and his confirmation is very important to the success of the stimulus package. President Obama talked to Chinese President Hu Jintao last week, and trade issues were at the top of their discussion agenda. The Senate Finance Committee should confirm Mr. Kirk right now.
Posted by Norris McDonald at 1:34 PM