Where Is the Congressional Black Caucus on Energy Ownership? 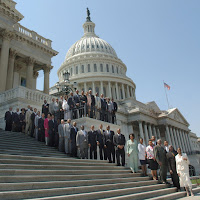 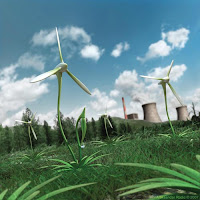 The federal government is handing over hundreds of billions of dollars to prop up or take over private companies of all kinds. Our interest is in energy companies and we wonder why the Congressional Black Caucus (CBC) is not proposing legislation or amending energy legislation to direct some of those billions to black ownership of energy companies. Besides Kase Lawall, blacks do not own any part of the energy infrastructure in the United States. Not one oil company, nor coal company, nor pipeline nor wind company. You get the idea. The long history of developing energy companies and the high capital costs for equity participation, combined with the exclusion of blacks in the marketplace up until about 40 years ago, has left African Americans absent from the energy sector.
Now some will holler because some get angry whenever there are proposals to 'assist' blacks. Yet there is not hollering over bailing out and otherwise providing welfare for corporate America. AAEA could start a solar or wind or liquefied natural gas company with a billion or two.

We're talking green company ownership here, not just green jobs. We are even talking about ownership in traditional energy sectors. We would operate a coal mine in an environmentally friendly manner. And work with President Obama on clean coal solutions.

So come on CBC. President Obama will sign the bill if you originate or amend energy legislation that helps blacks to get in the energy business.
Posted by Norris McDonald at 6:04 PM