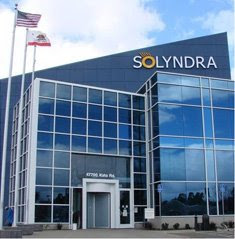 The Department of Energy has issued a $535 million loan guarantee for Solyndra, Inc. to support the company’s construction of a commercial-scale manufacturing plant for its proprietary cylindrical solar photovoltaic panels. The company expects to create thousands of new jobs in the U.S. while deploying its solar panels across the U.S. and around the world. Solyndra’s photovoltaic systems are designed to provide the lowest installed cost and the highest solar electricity output on commercial, industrial and institutional roof tops, which are a vast, underutilized resource for the distributed generation of clean electricity.

Solyndra’s proprietary design transforms glass tubes into high performance photovoltaic panels that are simple and inexpensive to install. By replacing power generated from fossil fuel sources, the electricity produced from the solar panels will reduce emissions of greenhouse gases. Based in Fremont, CA, Solyndra is currently ramping up production in its initial manufacturing facilities. Once finalized, the DOE loan guarantee will enable the company to build and operate its manufacturing processes at full commercial scale. Solyndra says that construction of this complex will employ approximately 3,000 people, operation will create over 1,000 jobs in the U.S., installation of these panels will create hundreds of additional jobs in the U.S. and commercialization of this technology is expected to then be duplicated in multiple other manufacturing facilities. (Frank Maisano)
Solyndra designs and manufactures photovoltaic systems, comprised of panels and mounting hardware, for the commercial rooftop market. Solyndra employs high volume manufacturing based on proven technologies and processes to meet the needs of the global solar market. Using proprietary cylindrical modules and thin-film technology, Solyndra systems are designed to provide the lowest installed cost per system and the highest solar electrical energy output for typical low slope commercial rooftops. Founded in 2005 and headquartered in Fremont, California, Solyndra operates a state-of-the-art 300,000 square foot fully-automated manufacturing complex.
Posted by Norris McDonald at 4:52 PM