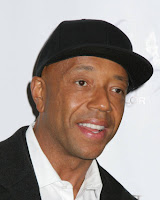 The headline at Hip Hop mogul Russell Simmon's Global Grind Web site says, "Win Up To $20,000 To Green Your Campus." Simmons appeared on MSNBC's "Morning Joe" program to promote his 'America's Greenest Campus' (AGC) program, which is the first nationwide contest among colleges to reduce the carbon footprints of their students, faculty, alumni and staff. Colleges have until October 5 to get as many people affiliated with their school to reduce their carbon footprints as much as they can!
America Greenest Campus will keep track of the number of people participating on campuses and how much they reduce in the leaderboard. AGC will announce the two winners – the school with the most participants and the school with the most carbon reductions per participant - in October. Winning schools will be eligible for monetary prizes, including: