CBO: Waxman/Markey Will Only Cost $175 Per Household 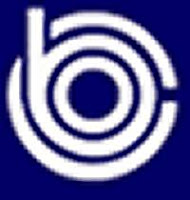 A new analysis of the bill by the Congressional Budget Office (CBO) shows the net annual cost of the Waxman/Markey American Clean Energy and Security Act (H.R. 2454) would be approximately $175 per household in 2020. Chairmen Henry A. Waxman and Edward J. Markey, co-authors of the Waxman-Markey said that .

CBO states "the Congressional Budget Office estimates that the net annual countrywide cost of the cap-and-trade program in 2020 would be $22 billion - or about $175 per household."

CBO specifically notes that this figure "does not include the economic benefits and other benefits of the reduction in GHG [greenhouse gas] emissions and the associated slowing of climate change." In particular, CBO did not analyze the energy efficiency improvements and resulting savings in energy costs that will result from the ACES Act's investment of over $60 billion in the next ten years in energy efficiency and required improvements in energy efficiency. The American Council for an Energy Efficient Economy (ACEEE) has estimated that the benefits of the energy efficiency provisions in ACES, which generally were not included in the CBO estimate, will save consumers $22 billion in 2020 alone, with cumulative savings of $3,900 per household by 2030. (House Committee on Energy & Commerce)