African Nations Threatening To Walk Out of Climate Talks 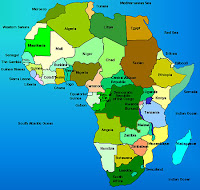 African nations common want huge financial support (estimated at US$300 billion) and technology transfer from the West for mitigation and adaptation activities to curb the impact of climate crisis on the continent. According to the Common Position document, Africa is demanding measurable, reportable and verifiable emission reduction by developed nations.

Africa demands that developed countries should commit 0.5 per cent of their GDP for climate action in developing countries and commit to new and innovative sources of public and private sector finance, with the major source of funding coming from the public sector.

Africa needs to create an African climate change fund through collaboration amongst African institutions such as the African Union Commission, the Economic Commission for Africa and the African Development Bank.

To support climate change mitigation activities in developing nations Western nations were asked to set at least US$200 billion (0.5 per cent from their GDP) by 2020.

Africa also demanded from the West better climate change adaptation fund worth US$67 billion per year by 2020.

Developed countries should commit to the deployment, diffusion and transfer of technology to developing countries, based on principles of accessibility, affordability, appropriateness and adaptability. (NYT, 9/20/09)
Posted by Norris McDonald at 8:27 PM