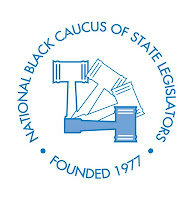 The National Black Caucus of State Legislators (NBCSL) will convene its 33rd Annual Legislative Conference in Ft. Lauderdale, Florida, December 2-6, 2009 at the Marriott Harbor Hotel. The conference theme, "Seeing Beyond: Sustainable Progress in the Economic Recovery," expresses a commitment as legislators to provide the leadership needed to assist President Barack Obama and his administration in moving the country forward by navigating the country and states out of today’s recession.

The NBCSL is a membership association representing more than 600 African American state legislators hailing from 42 states, the District of Columbia and the Virgin Islands. NBCSL members represent more than 50 million Americans of various racial backgrounds. NBCSL monitors federal and state activity and provides this information to its members through policy symposiums and conferences.
Posted by Norris McDonald at 12:21 AM