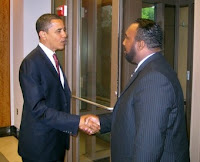 On this day that we remember the life and impact of Dr. Martin Luther King, we recall a letter Dr. King sent to newly-elected president, John F. Kennedy. This letter was published in "The Nation" on February 4, 1961. In this letter Dr. King outlines the many areas that President Kennedy’s administration could affect positive change. Among areas cited specifically by Dr. King are the practices of the United States Department of Agriculture (“USDA”) and the Department of Justice:

The Department of Agriculture—which doubtless considers civil-rights issues as remote from its purview—could fruitfully reappraise its present operations with a view to taking certain steps that require no new legislative powers. The department could be of tremendous assistance to Negro farmers who are now denied credit simply because of their desire to exercise their citizenship rights. To wipe out this kind of discrimination would be to transform the lives of hundreds of thousands of Negroes on the land. A department zealous to implement democratic ideals might become a source of security and help to struggling farmers rather than a symbol of hostility and discrimination on the federal level. A Justice Department that is imbued with a will to create justice has vast potential. The employment of powerful court orders, enforced by sizable numbers of federal marshals, would restrain lawless elements now operating with inexcusable license. It should be remembered that in early American history it was the federal marshal who restored law in frontier communities when local authority broke down.

It is now 2010, some 49 years after Dr. King’s letter. Unfortunately, many of the same issues remain for black farmers. Discriminated black farmers still await compensation from the government. In May 2009, the President proposed $1.15 billion for the 2010 budget – In a statement, President Obama said the proposed settlement funds would "close this chapter" in the USDA's history of discrimination. He went on to say:

Sadly, that promise remains unfulfilled. Congress has thus far failed to fund the requested $1.15 billion to compensate discriminated black farmers. May this be the year that this portion of Dr. Martin Luther King’s dream gets fulfilled. (Dr. Boyd is pictured with then Senator Barack Obama)
Posted by Norris McDonald at 7:09 PM