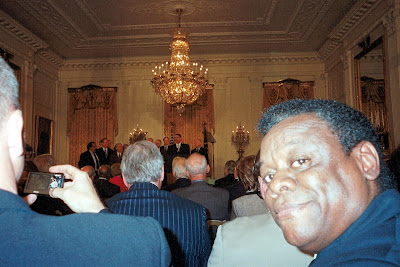 AAEA President Norris McDonald attended the signing of the Omnibus Public Land Management Act of 2009 at the White House a year ago today. The bill signing ceremony was held in the East Room and President Obama gave a speech before sitting down to sign the bill. Secretary of the Interior Ken Salazar spoke before the bill signing too. House Speaker Nancy Pelosi and Senate Majority Leader Harry Reid also attended the signing. Council on Environmental Quality Chairwoman Nancy Sutley and NOAA Administrator Jane Lubchenco were also in attendance.

The House approved the Omnibus Public Land Management Act of 2009 (H.R.146) on a vote of 285 to 140 on March 25, 2009 that includes the largest expansion of the wilderness system in 15 years -- 2 million acres in nine states -- and launched one of the most ambitious river restoration efforts in the West. The bill passed in the Senate on March 19, on a vote of 77-20. (The White House) 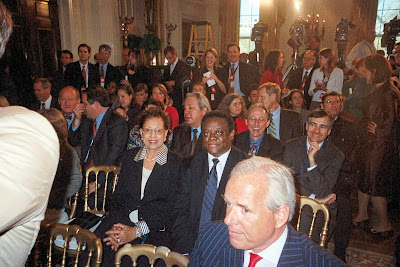 Posted by Norris McDonald at 10:16 AM