President Obama's Meeting with the CBC

President Obama Should Be Requesting Meetings With the CBC. They Have The Power. 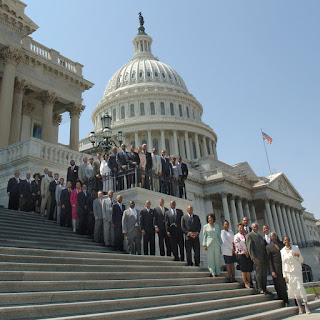 The Congressional Black Caucus (CBC) requested a meeting with President Obama and they met with him on March 11, 2010. This was the second meeting of America's first Black president with the representatives in Congress who basically represent Black America. And there lies the rub. President Obama insists that he represents all of America, not the Black community in any particular way just because he is African American. This in no way is a denial about his concern for that community or identification with that community. It is an affirmation of the responsibility that the American people gave when they elected him. 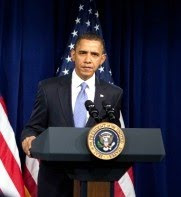 Now the members of the Congressiaonl Black Caucus were basically elected by Blacks in majority Black districts or districts with a very large percentage of Black voters. So in essence, they do represent the Black community. They also represent Whites in their districts as well. Yet the black community unemployment rate of about 17% compared to the national rate of 9.7% is an issue that merits special attention. Why do some people get upset over the notion of directly addressing this problem? Regardless, it is the responsibility of the CBC to police this issue. The 43 members of the CBC have the power to stop almost any legislation going through their chamber. If they exercised this power, President Obama would be chasing after them to get a meeting.

One way to reduce unemployment in the Black community is to empower Black entrepreneurs. The energy/climate bill will be coming to them this year. It provides a perfect opportunity to implement a cure to the complete lack of Black ownership of energy infrastructure. And this should include ALL energy sectors. Such ownerhsip could go far in ameliorating Black unemployment. (The White House)
Posted by Norris McDonald at 7:35 PM