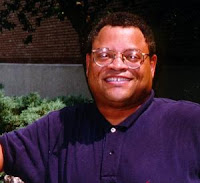 In 1998, Oceanographer John Martin (1935-1993) published an article demonstrating that increasing the concentration of iron in the surface waters of the Southern Ocean resulted in increased phytoplankton (i.e., microscopic plants such as diatoms) production. Like all plants, phytoplankton converts carbon dioxide (CO2) into organic compounds like sugars through the process of photosynthesis. The by-product of this reaction is oxygen (O2). With respect to biological processes, this is referred to as “primary production”, and the oceans have the highest rates of primary production in the world.

The importance of this study was immediately recognized throughout the scientific community. Simply stated, the “Iron Hypothesis” suggests that increasing iron concentrations in the surface ocean can result in increasing primary production in the oceans, making it a natural process to decrease CO2 concentration in the air. As the plants go through their life cycles, they will eventually die and sink to the seafloor, permanently “sequestering” the carbon stored in their bodies. Of course, the process is much more complex. But, this demonstrates that human activity is not just one-way: i.e., humans only pumping excess CO2 into the air. We can also devise ways in which we can remove large amounts of this excess gas. These processes fall under the broad category of “Carbon Sequestration”.
Image: NASA 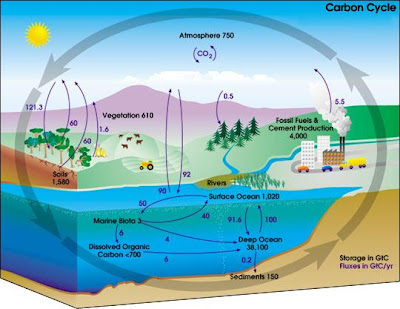 Scientists and engineers are coming up with some ingenuous ways to sequester carbon. For example, we all learned in elementary school that there are 3 fundamental states of matter: solid, liquid, and gas. Most of us are familiar with two of these states of CO2: the gaseous state, which is in our atmosphere, and the solid state, also known as “dry ice”. But, at the proper pressure and temperature, CO2 exists a liquid, and like most liquids, can be transported in pipes from one location to another. It turns out that liquid CO2 is stable at the depths and pressures of the deep ocean. Others have also suggested pumping liquid CO2 into abandoned mines and oil fields. My favorite is to convert the CO2 into solid minerals, such as carbonates, or even diamonds, only because I think minerals are cool! Coral reefs, oysters, clams, and other animals do this naturally in producing their skeletons. Regardless of the process used, carbon sequestration will only be of benefit if the amount of CO2 sequestered is less than the amount of CO2 produced in the sequestration process.
Posted by Norris McDonald at 4:41 PM