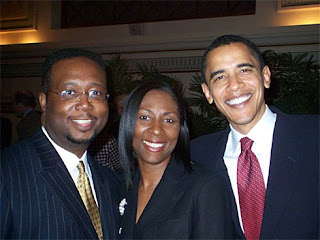 Orlan Johnson, 48, is the Chairman of the Securities Investor Protection Corporation (SIPC), having been confirmed to that position in February 2010. He is also a partner in the Business Department of Saul Ewing in Washington, DC. He has in-depth and practical experience in mergers and acquisitions, stock and asset acquisitions and dispositions, corporate financing, joint ventures, proxy contests and tender offers, and general corporate governance matters. Mr. Johnson was an original member of Obama national finance committee and served on campaign policy committees related to transportation insfrastructure, finance/banking and energy issues.

Prior to joining Saul Ewing, Mr. Johnson was Of Counsel at Milbank, Tweed, Hadley & McCloy, where he served as co-head of its regulatory practice in the Washington, DC office. Before that, he served for nine years as a Staff Attorney and Branch Chief in the Division of Investment Management for the U.S. Securities and Exchange Commission (SEC). In this capacity, his primary responsibilities included advising the Commission on the regulation of exempt utility companies and utility companies registered under the Public Utility Holding Company Act of 1935.

In addition to his legal practice, Mr. Johnson is an adjunct professor of law at Howard University School of Law where he teaches Securities Regulation classes.

Johnson is married to Zina Johnson, a gospel musician. They have three children, Nia, Adam and Jair and live in Bowie. (Wash Post, Gerson Lehman Group)

Johnson has a J.D. from the Howard University School of Law, 1987 and received his B.A. from Andrews University in 1984.
Posted by Norris McDonald at 8:29 AM