The $43 billion California High Speed Rail Project is the largest construction project in the United States.  It is also one of the few Federal subsidized programs of this nature that has no provisions to include minorities and women. 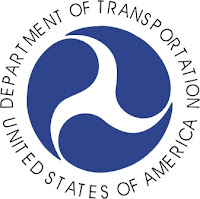 The United States Department of Transportation (USDOT), Federal Rail Administration (FRA) awarded California a $2.25 billion grant for the State’s High Speed Rail Project through President Obama’s American Recovery and Reinvestment Act (ARRA). While the grant is great for California, it appears to have little benefits for Disadvantaged Business Enterprises (DBEs) including small businesses. The benefits of the Stimulus grant will be minimal to communities of color since the inclusion of minority and women owned
businesses is less than 1% of this Federalized project. 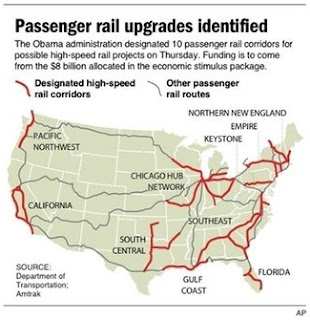 Title VI, 42, United States Code § 2000d et seq, was enacted as part of the landmark Civil Rights Act of 1964. It prohibits discrimination on the basis of race, sex, color, and national origin in programs and activities receiving federal financial assistance.  Simple justice requires that public funds, to which all taxpayers of all races [colors, and national origins] contribute, not be spent in any fashion which encourages, entrenches, subsidizes or results in racial [color or national origin] discrimination.  As a recipient of USDOT federally assisted funds, California has several disparity studies that provide the evidence of disparity and inference of discrimination of DBEs and minority and women-owned (MBE/WBE) firms on USDOT federally assisted projects.

The FRA is under the authority of USDOT, the $2.25 billion grant to California is federal financial assistance and as such FRA and its funding source is required to comply with Title VI. The FRA does not have statutory authority for a DBE program, however; they have established a statement to “encourage” contractors to utilize DBEs on FRA funded contracts. California has the evidence that without a formal DBE program that includes race-conscious measures (individual DBE contract goals on contracts) the “encouragement” to engage DBEs on the contract will result in no DBE participation.

﻿
When California recipients of USDOT funds suspended their DBE race-conscious program while disparity studies were completed, each recipient “encouraged” prime contractors to voluntarily utilize DBEs on their bids. The result was a “nose-dive” of DBE participation. A good example of the “nose-dive” result is the California Department of Transportation (Caltrans). Caltrans, who has an aggressive DBE Program, suspended its DBE race-conscious program and “encouraged” prime contractors to meet the overall 10.5% DBE goal. In 2004, prior to suspending the DBE raceconscious program, Caltrans was attaining 10% DBE participation. Immediately after suspending the race-conscious program and enacting race-neutral measures, the DBE Program participation “nose-dived” to less than 3% DBE participation with African American firms obtaining nothing. This same result is evidenced for FTA and FAA recipients in California. That is what “encourage” does when no formal goals and requirements are placed on federally assisted contracts.

• The High-Speed Rail Project (HSRP) in California must be brought under the U.S. DOT-DBE Program with specific, significant achievable goals (such as DOT DBE goal of 13.5% in California). The American Recovery and Reinvestment Act (ARRA) and 49 CFR Part 26 states that a recipient of federally assisted USDOT funds must implement a DBE Program with a minimum goal of 10 percent and a higher goal where there is evidence for such a goal. California has a minimum DBE
goal of 13.5%.

• The High-Speed Rail Project (HSRP) in California must establish firm, fixed goals
(not an aspirational goal as currently exists) for small business participation. The HSRP must set a firm 25% Goal for small businesses and a 5% Disabled Veteran Business Enterprise goal for all California funded HSRP activities. 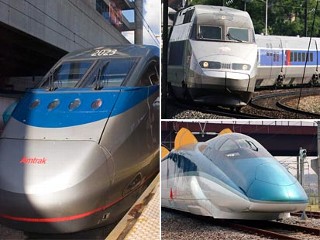 BACKGROUND: The High-Speed Rail system in California will be the first of its kind in the United States and the largest public works project in the nation. It is also the largest environmental review in U.S. history according to California High-Speed Rail Authority Chairman Curt Pringle. The 800 mile project, expected to begin revenue service in 2020 will, connect Sacramento at the northern part of California, through the San Francisco-Oakland Bay Area, to Central California at Fresno, Bakersfield, south to The Inland Empire, Greater Los Angeles area and then on to San Diego at the southern tip of the State.

The Phase One section from San Francisco to Anaheim is scheduled to begin initial revenue service in 2020. The cost of the system is $45 Billion, estimated by the Authority as of 2009. (Source: APAC Paper)
Posted by Norris McDonald at 12:30 AM