Blacks have trouble competing in the private sector largely because of continued discrimination.  That is why government set-aside programs are necessary to 'allow Blacks to do some business.'  But these programs usually fall far short of putting dollars into black business coffers.  New York City's contracting set-aside program is about par for the course. Mayor Michael Bloomberg and the City Council approved a law in 2005 that set voluntary goals for awarding a certain percentage of contracts to businesses registered as owned by minorities or women. 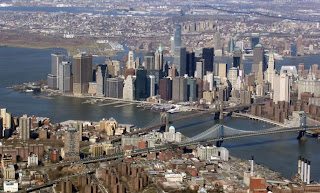 In the last year and a half, about three-quarters of city dollars paid to contractors participating in the program went to companies owned by either Asian Americans or white women. Businesses run by Latinos received 15% of that pool of money. The smallest share, 7%, went to black-run firms. Overall, of the $28 billion paid to prime contractors since January 2010, less than 3% went to companies registered as minority or women-owned. Within that 3%—a pool of $700 million —40% went to firms certified as Asian American. And about 35% of that went to firms owned by white women.

A Long Island staffing agency with $5 million in contracts in 2010 was the black-owned certified company with the highest amount.

Bloomberg aides say the data are misleading, noting that the figures don't account for hundreds of millions going to minority subcontractors or firms that did not register with the program. The figures also don't account for contracts to nonprofits. City officials say black-run businesses have secured a larger and increasing share of sub-contract dollars. In 2010, black-certified firms won 20% of subcontract dollars awarded to firms participating in the program.