Is the Nuclear Regulatory Commission For or Against Environmental Justice

Policy Statement on the Treatment of Environmental Justice: Matters in NRC Regulatory and Licensing Actions 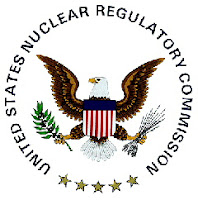 According to the NRC, as an independent agency, they are not required to follow the Presidential Executive Order (E.O. 12898) on Environmental Justice or to adopt EPA or CEQ guidelines. The basis for admitting EJ contentions in NRC licensing proceedings stems from the agency’s NEPA obligations, not Executive Order 12898. As part of NEPA’s mandate, agencies are required to look at the socioeconomic impacts that have a nexus to the physical environment. According to the NRC, absent “significant impacts, an environmental justice review should not be considered for an EA where a Finding of No Significant Impact [FONSI] is issued [or anticipated] unless special circumstances warrant the review.” If the impacts are significant because of the uniqueness of the communities, then a FONSI may not be possible and mitigation or an EIS should be considered.

In 1989, Louisiana Energy Services (LES), a wholly owned subsidiary of Urenco Limited, proposed to build The National Enrichment Facility (Claiborne Enrichment Center) outside Homer, Louisiana (population 4,600) in northern Louisiana's Claiborne Parish.  The $855 million facility was to be built in one of the state's poorest counties, Clairborne. LES was a consortium of five energy companies

The National Association for the Advancement of Colored People (NAACP) and a local environmental group, Citizens Against Nuclear Trash (CANT), with help from the Sierra Club Sierra Club, filed a series of  complaints seeking to block construction.  In 1994, they received additional ammunition via President Clinton's Executive Order on Environmental Justice (12898), which required all federal agencies to protect minorities from disproportionate exposure to pollution.

On May 3, 1997, the NRC Atomic Safety and Licensing Board gave activists a sort of victory by sending the plant's license back to the NRC staff for further study. However, the board agreed that minority populations would not be "disproportionately affected" by the project. But it said the "possibility that racial considerations played a part in site selection cannot be passed off as mere coincidence." The consortium was thus placed in the position to prove that it did not locate the facility where it did because black people lived nearby.

Yet the board expressed reluctance to apply environmental justice considerations, stating: "Because this agency's primary responsibilities historically have dealt with technical concerns, investigating whether racial discrimination played a part in a facility siting decision is far afield from the [NRC] staff's past activities. Indeed...this is an area in which the staff has little experience or expertise."

In an August 6, 2004 decision, the Atomic Safety and Licensing Board denied a public hearing on environmental justice contentions related to an application from the Entergy Corporation for an "Early Site Permit" to build one or more new nuclear reactors at its Grand Gulf site in Mississippi.  (NIRS, AAEA)

AAEA has used environmental justice positives (clean air and climate change mitigation) in defending the continued operation of Indian Point nuclear plant in New York.  AAEA used the same justification in supporting proposed new reactors at Grand Gulf in Mississippi.  All of the blacks (& black organizations and agencies) in the area also supported the plant.