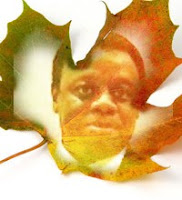 I toured the 'Occupy Wall Street' headquarters (Occupy Together . org). It was 7 in the morning so the protesters were still in their sleeping bags in Zuccotti Park.  Zuccotti Park, formerly called Liberty Plaza Park, is a 33,000-square-foot rivately owned, publicly accessible park in Lower Manhattan in New York City. It is located between Broadway, Trinity Place, Liberty Street and Cedar Street. The park's northwest corner is across the street from the World Trade Center site.  I walked down Wall Street too, which is barricaded and not open to vehicle traffic. I wanted to go the the World Trade Center memorial site but you have to get tickets online first. Plus there is a lot of construction going on at the site.


I walked through Times Square and it was just a delight.  I go to Times Square often and it is always fun to soak up the surroundings.  Times Square is a major commercial intersection in the borough of Manhattan in New York City, at the junction of Broadway and Seventh Avenue and stretching from West 42nd to West 47th Streets. The extended Times Square area, also called the Theatre District, consists of the blocks between Sixth and Eighth Avenues from east to west, and West 40th and West 53rd Streets from south to north, making up the western part of the commercial area of Midtown Manhattan.


One of my oldest friends, Mutter D. Evans, came to town to meet at The White House and to visit the Martin Luther King, Jr. Memorial site. Mutter is also Godmother to my son, Sandy. I introduced Mutter to Interior Secretary Ken Salazar, Senior Advisor to the Secretary Robert (Bob) Stanton, Director of Park Service Jon Jarvis and MLK, J.r Memorial Foundation President & CEO Harry E. Johnson. I  took a picture of them (below).


Posted by Norris McDonald at 1:22 AM