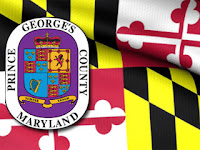 America has a black president and every city in the country also has a black side of town and a white side of town.  This scenario is clearly illustrated in the Washington, DC Metropolitan Area.  In Prince George's County, Maryland, Whites have congregated in Bowie and Blacks are the majority in most of the other neighborhoods.

From Loudoun to Fairfax to Montgomery, communities that are growing in the Washington Metro Area are also growing more integrated, with people of every race and ethnicity living side by side. Prince George’s stands virtually alone as a place that is gaining population yet has an increasing number of residents living in neighborhoods that are overwhelmingly one race, African American.

Census data shows that the number of Prince George’s neighborhoods where more than 85 percent of residents are the same race or ethnicity — what demographers consider a high level of segregation — has inched up, from 25 percent in 1990 to 27 percent last year. Though the increase is small, any uptick is interesting in comparison with everywhere else in the region. While the all-white neighborhood has all but disappeared from Northern Virginia, Montgomery and the District, the all-black neighborhood is on the rise in Prince George’s. 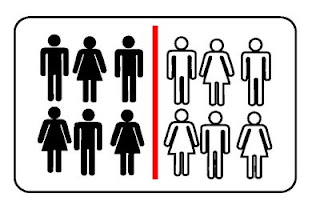 Prince George’s is a beacon for middle-class African Americans who want to live around other blacks and few whites are moving in. It appears that the majority of Blacks and Whites prefer to live among their own. Twenty years ago, fully a third of Prince George's County’s segregated neighborhoods were white.  Today, none are.  Meanwhile, the arrival of affluent and accomplished blacks — not only from the District and surrounding counties but from throughout the nation — has transformed vast swaths of the county.  More than a third of the county’s African American residents live in neighborhoods that are more than 85 percent black. FromBowie to Brandywine, threequarters of the neighborhoods where household incomes surpass $100,000 are majority African American.

The Prince George’s experience also illustrates the limits of integration.  Most blacks and whites still live in separate neighborhoods, despite the dismantling of legal segregation decades ago.  Prince George’s has neighborhoods that are like almost no others in the United States: segregated African American enclaves with median household incomes above $100,000. The only other black enclaves in the
country with incomes that high are two small tracts in Queens and one in Brooklyn. The much larger DeKalb County in suburban Atlanta may offer the best point of comparison. Like Prince George’s, DeKalb is an affluentmajority black county that is both growing and growing more segregated.

In the Washington region, 90 percent of whites still live in neighborhoods where they are a majority or the largest group.  Many whites remain unwilling to buy houses in black neighborhoods. A lot of white people don’t want to live around black people. Conversely, Blacks in Prince George's County are where they want to be. They’re not thinking about integration. It’s not on their radar screen. Their goal is to live in a community of like-minded, like-valued people, and these are other middle-class blacks.