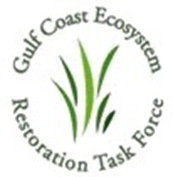 With the release of the final strategy today, the Task Force marks the beginning of the implementation phase of the strategy by announcing new initiatives, including $50 million in assistance from the U.S. Department of Agriculture’s Natural Resources Conservation Service to help agricultural producers in seven Gulf Coast river basins improve water quality, increase water conservation and enhance wildlife habitat. USDA's multi-year environmental restoration effort, known as the Gulf of Mexico Initiative, or GoMI, represents a 1,100% increase in financial assistance for Gulf priority watersheds.

The natural resources of the Gulf’s ecosystem are vital to many of the region’s industries that directly support economic progress and job creation, including tourism and recreation, seafood production and sales, energy production and navigation and commerce. Among the key priorities of the strategy are:

1) Stopping the Loss of Critical Wetlands, Sand Barriers and Beaches

The strategy recommends placing ecosystem restoration on an equal footing with historic uses such as navigation and flood damage reduction by approaching water resource management decisions in a far more comprehensive manner that will bypass harm to wetlands, barrier islands and beaches. The strategy also recommends implementation of several congressionally authorized projects in the Gulf that are intended to reverse the trend of wetlands loss.

2) Reducing the Flow of Excess Nutrients into the Gulf

The strategy calls for enhancing the quality of life of Gulf residents by working in partnership with the Gulf with coastal communities. The strategy specifically recommends working with each of the States to build the integrated capacity needed through effective coastal improvement plans to better secure the future of their coastal communities and to implement existing efforts underway.

The final strategy was developed following more than 40 public meetings throughout the Gulf to listen to the concerns of the public. (EPA)

Review the final strategy
Posted by Norris McDonald at 10:14 AM