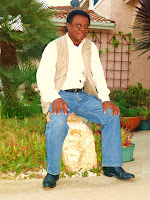 The Washington Post made history today by quoting more black environmentalists in one article (or any article) than it ever has before.  AAEA has a long history of 'calling out' The Post for its lack of coverage of environmental issues related to the Black community.  We are seen as 'negative' when pointing out that the environmental movement has been and is segregated and elitist.  Before Darryl Fears, The Washington Post environmental reporters, for the most part, only quoted people they know from the large green groups.  Result: issues in the community most environmentally impacted get little to no coverage by the paper of record in our nation's capital.

The article featured our 2003-2004 Green Group Diversity Survey (and Report Card).  The survey is still viable and groups are welcome to complete it and submit it to us for publication.   Of course, none of the groups will do that because they are rich, fat and very happy with their self-indulgent elitist status.  I've always believed that, although they will publicly express concern about their lack of diversity, they are secretly proud of their elite status.  Much like the Republican Party.  Fortunately, the result of such exclusion is the formation of a number of minority environmental groups.  Thus, the hostility and elitism of the traditional green groups are avoided.  And issues can be addressed from a standpoint that reflects an African American perspective on some of the important environmental issues facing us today.

The mainstream green groups have absolutely no concern about the fact that blacks own virtually no energy resources and infrastructure in the United States.  So do they really expect blacks to oppose all fossil fuel use?  The mainstream green groups would love to see very high energy prices (taxes) in order to force conservation.  This would be devastating to the black community, which already has an unacceptably high unemployment rate.  These are just a couple of examples of how blacks and mainstream green groups have different opinions about energy and environmental issues.  I formed AAEA in 1985, after working for a mainstream group for six years, to directly address these pressing issues. (The Washington Post, 3/24/2013)
Posted by Norris McDonald at 9:30 AM

The main elephant in the room aspect of a clean environment that most environmental and minority interested environmental people do not seem to grasp is that the banning of hemp, (which involves minorities due to the arrests for marijuana and the presence of other drugs in their communities) would cause a lowering of fuel costs at the same time that it would clean up the environment. In Afrika, the US an UN forced banning of hemp (known as Daga there) has resulted in negative environmental impacts as well. Hemp is fuel that can be grown by the US farmer and by doing so, the money that goes for fuel would go to a wider base that would positively impact the entire population. Furthermore, the pain killing non addictive properties of cannabis are foremost in relieving those who suffer from sickle cell anemia and that part of the hemp movement was spearheaded by Sister Somayah fiercely and elegantly. I hope that those who wish to aid the environment in the minority community will follow her example.

The main stream media does not talk to this Black environmentalist because of my commitment to the truth. Based on results, the main stream media promotes the people who fall in line with the agenda. As we learned as far back as Iran Contra, Black folks have been easy fodder for the well paid People Of The Lie.

The racist drug war is at cause for many problems going back to the 1930's. Hemp is a viable solution to the myriad of problems in the Black community because of its environmental, economic, social, medical, building and other potential to provide abundance where there is lack.

Hemp is an easily renewable low cost raw material that can be made into over 50,000 products. Add the dynamic of 3D printing using hemp materials, the home based evolution from corporations to co-ops will be in full swing.

Let's just start with the environmental problems. Because of the high toxic dumping like in Watts and poor sewer policies like Harlem being surrounded by 5 open sewers, http://geocities.ws/cureworks/harlem.htm or the solution to these problems, the hemp solution, is illegal, so folks are getting sick and dying early. Had you heard of 'seizure disorder in children' when you were growing up? I think it's something we would have noticed.

Enclosing the entire sewer system in New York would stop the air borne toxins and germs from reaching the community that has a big park on top of a sewer, (just start with strong hemp plastic windows in the North River sewer and cover the secondary tanks too).

There is so much this trillion dollar crop can do to create many small business opportunities in fields from food to buildings.

For more on how to use hemp to solve our problems I urge you to visit the USA Hemp Museum http://www.hempmuseum.us . There you will find links to the free .pdfs of Richard M. Davis HEMP FOR VICTORY books A GLOBAL WARMING SOLUTION (environmental) THE WONDER HERB (medical) and THE TRILLION DOLLAR CROP (economic) as well as for sale hard copy links at amazon.

For more on 3D printing and it's potential I urge you to start here. http://www.theatlantic.com/sponsored/connections/archive/2012/06/257656/

The restoration of common sense before we reach the point of no return for our stupidity, letting God's hemp plants grow and use them to make products and empower services, is what will save not only the Black race, but all humanity at the same time. Now that's equality where all good souls can live free, as it should be.

Harlem's sewers - did it get any better?
http://harlemnayer.blogspot.com/2009/09/harlems-sewer-problem-did-it-get-any.html

World Trade Center Illness (you know they did not test Harlem for 9/11 dust)
http://harlemnayer.blogspot.com/2007/09/world-trade-center-illness-manifested.html
and
http://www.geocities.com.ws/cureworks2

Use hemp to clean the water in Barstow, CA
http://hempnayer.blogspot.com/2011/02/no-way-water-pollution-problem-is-just.html

The Hemp Solution To The Oil Crisis In The Gulf - http://hempnayer.blogspot.com/2010/06/hemp-solution-to-oil-crisis-in-gulf.html

HEMP CAN SAVE THE PLANET.