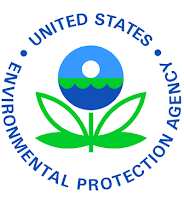 The U.S. Environmental Protection Agency (EPA) has strengthened the National Ambient Air Quality Standards (NAAQS) for ground-level ozone to 70 parts per billion (ppb) from 75 ppb to protect public health. The updated standards will reduce Americans’ exposure to ozone, improving public health protection, particularly for at risk groups including children, older adults, and people of all ages who have lung diseases such as asthma. Ground-level ozone forms when nitrogen oxides (NOx) and volatile organic compounds (VOCs) react in the air.
EPA examined nearly 2,300 studies in this review of the ozone standards including more than 1,000 new studies published since the last review of the standards in 2008. Scientific evidence shows that ozone can cause a number of harmful effects on the respiratory system, including difficulty breathing and inflammation of the airways.
The revised standards could significantly improve public health protection, resulting in fewer premature deaths, and thousands fewer missed school and work days and asthma attacks. For people with lung diseases like COPD (chronic obstructive pulmonary disease) or the 23 million Americans and 6 million children living with asthma, these effects can aggravate their diseases, leading to increased medication use, emergency room visits and hospital admissions. Evidence also indicates that long-term exposure to ozone is likely to be one of many causes of asthma development. And studies show that ozone exposure is likely to cause premature death.  The public health benefits of the updated standards, estimated at $2.9 to 5.9 billion annually in 2025, outweigh the estimated annual costs of $1.4 billion.
Local communities, states, and the federal government have made substantial progress in reducing ground-level ozone. Nationally, from 1980 to 2014, average ozone levels have fallen 33 percent, while the economy has continued to grow.
To ensure that people are alerted when ozone reaches unhealthy levels, EPA is extending the ozone monitoring season for 32 states and the District of Columbia. This is particularly important for at-risk groups, including children and people with asthma because it will provide information so families can take steps to protect their health on smoggy days.
EPA also is strengthening the “secondary ozone standard” to 70 ppb, which will improve protection for trees, plants and ecosystems. New studies since the last review of the standards add to evidence showing that repeated exposure to ozone reduces growth and has other harmful effects on plants and trees. These types of effects have the potential to harm ecosystems and the benefits they provide.
The Clean Air Act provides states with time to meet the standards. Depending on the severity of their ozone problem, areas would have until between 2020 and 2037 to meet the standards.
The Clean Air Act requires EPA to review the ozone standards every five years to determine whether they should be revised in light of the latest science. Today’s action comes after a thorough review and public comment process.  The agency received more than 430,000 written comments on the proposed standards and held three public hearings.
More information: http://www3.epa.gov/ozonepollution/
To view the video: https://m.youtube.com/watch?v=Y6chlLb59zA
Posted by Norris McDonald at 5:37 AM