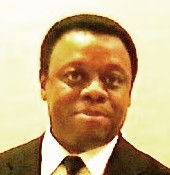 Environmentalists are dissing Congressman Kendrick Meek.  Big time.  The Congressional Black Caucus (CBC) should take note that as they have been the highest voting caucus in Congress for the past 40 years, mainstream environmentalists will betray them in an opportunistic heartbeat.  Exhibits A, B & C are Robert Kennedy, Jr., Sierra Club and League of Conservation Voters, respectively.

Kennedy endorsed Republican Crist, the Sierra Club endorsed Meek AND Crist (in essence a Crist endorsement, so Meek rejected the Sierra Club endorsement), and  LCV 'virtually' endorsed Crist.  They might grow a pair and actually come right out and endorse Crist before the election.  Although Crist has been good on a couple of environmental issues, Meek has a 100 percent voting record with the national League of Conservation Voters. Jeez. Meek has also consistently opposed expanded offshore oil drilling (AAEA has been consistent in opposing expanded offshore drilling too).

Robert Kennedy, Jr. endorsed Charlie Crist at a press conference in Florida.  Wow.  He basically flipped Meek off with a brush off the shoulders.  Said he couldn't win so 'there.'  Tony Massaro, LCV’s senior vice president for political affairs, told POLITICO that Crist is “absolutely an option,” explaining, “He’s been a leader on Everglades.  Though LCV hedged their bet, like the Sierra Club by not 'going RFK, Jr.'

Are you paying attention CBC?

Meek's rejection of the Sierra Club's spineless dual endorsement showed real class.  And principle.  Meek is a stand up guy.  State tropper stock.   How can Kennedy, LCV and the Sierra Club back Crist when Meek would have a real shot if CRIST did not muddy the waters by polluting the general election by running as an independent because he knew he could not win his own party's nomination?  Do these environementalists have no shame?  No honor? No loyalty?  Evidently not.  I just hope that Kendrick Meek has a very long memory.  I hope the CBC does too.
Posted by Norris McDonald at 8:29 PM