Who's In Danger: Race, Poverty and Chemical Disasters

A Report by the 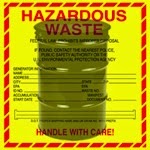 More than 134 million Americans live in the danger zones around 3,433 facilities in several common industries that store or use highly hazardous chemicals. Millions more people work, play, shop, and worship in these areas.  But who are the people that live daily with the everpresent danger of a chemical disaster?

The report is the first public accounting of the demographic characteristics of populations within the “vulnerability zones” of entire industry sectors that manufacture chemicals, treat water or wastewater, produce bleach, generate electric power, refined petroleum, produce pulp and paper, or otherwise have large numbers of people living in the path of a potential worst-case chemical release. It also shares the stories of some of these communities.

The new research presented in this report finds that residents of chemical facility vulnerability zones are disproportionately Black (African American) or Latino, have higher rates of poverty than the U.S. as a whole, and have lower housing values, incomes, and education levels than the national average.  The disproportionate or unequal danger is sharply magnified in the “fenceline” areas nearest the facilities.

The analysis produced striking fndings about the fenceline zones nearest to the facilities, where residents live closest to hazardous chemicals and with the least time to react in the event of a catastrophic release.

Please contact Oxman to move in solidarity on environmental issues in and around Compton, California. 831-661-0406 at any hour in Aptos, CA. Or email aptosnews@gmail.com. Blessings, Ox