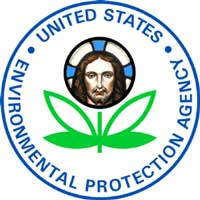 On Monday, April 18, U.S. Environmental Protection Agency Administrator Lisa P. Jackson traveled to Atlanta to announce the formation of EPA’s Faith-based and Neighborhood Partnerships (FBNP) Initiative. The Administrator, joined by Dr. Gerald Durley and other community leaders, took part in a roundtable discussion Monday morning on the new initiative. Faith institutions and community groups are an integral part of many of our communities and can play a powerful role in environmental education efforts to support cleaner communities and healthier families.

Later in the afternoon, Administrator Jackson keynoted a Children’s Health Town Hall Meeting at Emory University attended by members of the Rollins School of Public Health and other doctors and health advocates. Children are particularly susceptible to toxins and pollutants in our air and water. Some forms of pollution can cause mental and physical developmental problems, respiratory illnesses and even deaths in children.

EPA has pledged to work to expand the environmental conversation and build partnerships between government, faith-based and neighborhood organizations to clean up our air, land and water, keep children and families healthy and work for environmental justice.