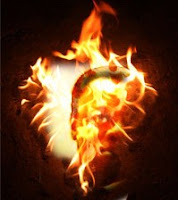 More than 10 years down the road and the same racial/gender issues are still perculating at EPA.  I first felt these pains over a decade ago.  I was baffled as to why Carol Browner was completely offended by Dr. Marsha Coleman-Adebayo's claims of racial and gender discrimination.  Now I am revisiting these 'pains' as Adebayo and Jackson appear to be on a collision course to repeat the conundrum of the Browner administration.  Sigh.  Can't we all just get along?

I really like EPA Administrator Jackson. And Marsha is one of my dearest friends.  Any enmity between them just pains me to no end.  As a chronic, acute asthmatic, I surely wish these two ladies will not make me wheeze.

I could be wrong here but I do believe that Marsha's tribulations had something to do with Lisa Jackson becoming administrator and Michelle DePass becoming the director of the Office of International and Indian Affairs.  They might dispute this conclusion, but I suspect that my assessment is true.

I lived through Marsha's EPA nightmare.  I also worked right next to her in getting the NO FEAR ACT passed.  I have observed Lisa and Michelle as they have flourished under the Obama administration.  This, even as the bane of Marsha's existence--Carol Browner--was appointed as Climate Czar by President Obama.  It appears that everybody, except Marsha, is enjoying the status quo.  Yet Marsha has a book coming out this year.  She also has a movie in the works.  And I just want these ladies to 'get along.'