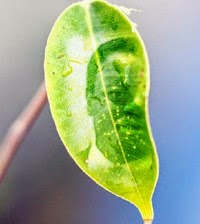 Many things do not seem right about the prospective sale of the Hovensa Refinery in the Virgin Islands to the newly created company Atlantic Basin Refining, Inc. (ABR).  First, does a 'new' company have the resources to not only 'purchase' the facility, but to also have the deep pockets to rebuild the plant, set up a clean up fund, provide payments to the government and have the funds to clean up the site if they do not reopen the facility?  The agreement gives them 2 years for engineering studies to reopen the facility.  Really?  Sounds like more delay to me.  Delay, delay, delay.  And more delays.  Ongoing delays put off the day of clean up indefinitely.  And this, I fear, is the ultimate goal of this ruse.

Neither the Virgin Islands government nor the citizens of the island will benefit from this deal in my opinion.   There will be no jobs and no environmental remediation.  Just more delay.  It appears to be smoke and mirrors that will lead to more complexity in untangling this web when the day of reckoning (environmental clean up) finally comes.

Hovensa is a petroleum refinery located on the island of St. Croix in the United States Virgin Islands. The refinery is a joint venture between Hess Corporation and Petroleos de Venezuela, S.A (PDVSA).  We are concerned about Hovensa remediating the site and honoring the clean air consent decree.  We are also concerned about whether a foreign company, PDVSA, will be held accountable for polluting a black community in the United States.  Surely the Venezuelan government has the funds to clean up the site.

The U.S. EPA does not appear to be enthusiastic (to put it mildly) about holding Hovensa's feet to the fire.  EPA, in response to AAEA inquiries, is insisting on keeping Hovensa in the Resource Conseravtion Recovery Act (RCRA) Program instead of the Comprehensive Environmental Response Compensation and Liability Act (CERCLA-Superfund) Program.  EPA insists to us that the site can be remediated under RCRA just as effectively as under CERCLA.  We strongly disagree.  The Hovensa refinery needs to be regulated only under the Superfund Program.  Also, does RCRA apply to a foreign company, PDVSA.  And does the law have the power to hold their feet to the fire if they decide to take a walk on clean up?

The U.S. EPA and the U.S. Justice Department should at least review the operational agreement between the Virgin Islands government and the purchasing company BEFORE THERE IS A VOTE.  Does the agreement include a provision that gets Hovensa out of liability for the clean up?  How does RCRA apply in this case?  We know that CERCLA's 'Joint and Several Liability clause would keep Hovensa and Hess on the hook for the clean up costs.

Specifically, according to senators, Atlantic Basin Refining initially plans to purchase only the HOVENSA company and not its assets. Huh? What does that mean? Particularly in terms of clean up liability. Atlantic Basin then plans to enter into an agreement with an engineering firm - in this case, Samsung - to do a complete assessment of the refinery, which could take up to 12 months.  According to one of the Senators, the engineering assessment phase is necessary for the company to get financing for purchasing the assets of the refinery. Huh?  They have to 'get financing' to actually buy the facility.   Who is putting up this money?  Do they have a commitment from a specific source to put up this money?  What kind of deal is this?  And what are the implications for liability for environmental clean up?

It is estimated that the cost of constructing and rehabilitating the refinery and bringing it back online is expected to exceed $1 billion.  Where does a start up company get that kind of cash? The Government House statement indicates that under the operating agreement, the new owners would be required to make substantial payments to the government totaling over $1.6 billion in fixed payments (instead of taxes) over the life of the agreements (22-year term - with two 10-year renewal options) and additional variable payments depending on the refinery's profitability. Where does a start up company get this kind of money?  Hovensa lost over a billion dollars in its last couple of years of operation.  We doubt the refining marketplace, notwithstanding the advent of fracking and horizontal drilling, has progressed to the point where a start-up company cannot only make a profit, but also have the cash on hand to pay the Virgin Islands government, reconstruct and rehabilitate the refinery, put up escrow funds for clean up and actually have the funds on hand for ultimate clean up.

We have serious doubts about the legitimacy of this deal. (Virgin Islands Daily News, 10/28/2014)
Posted by Norris McDonald at 7:11 PM